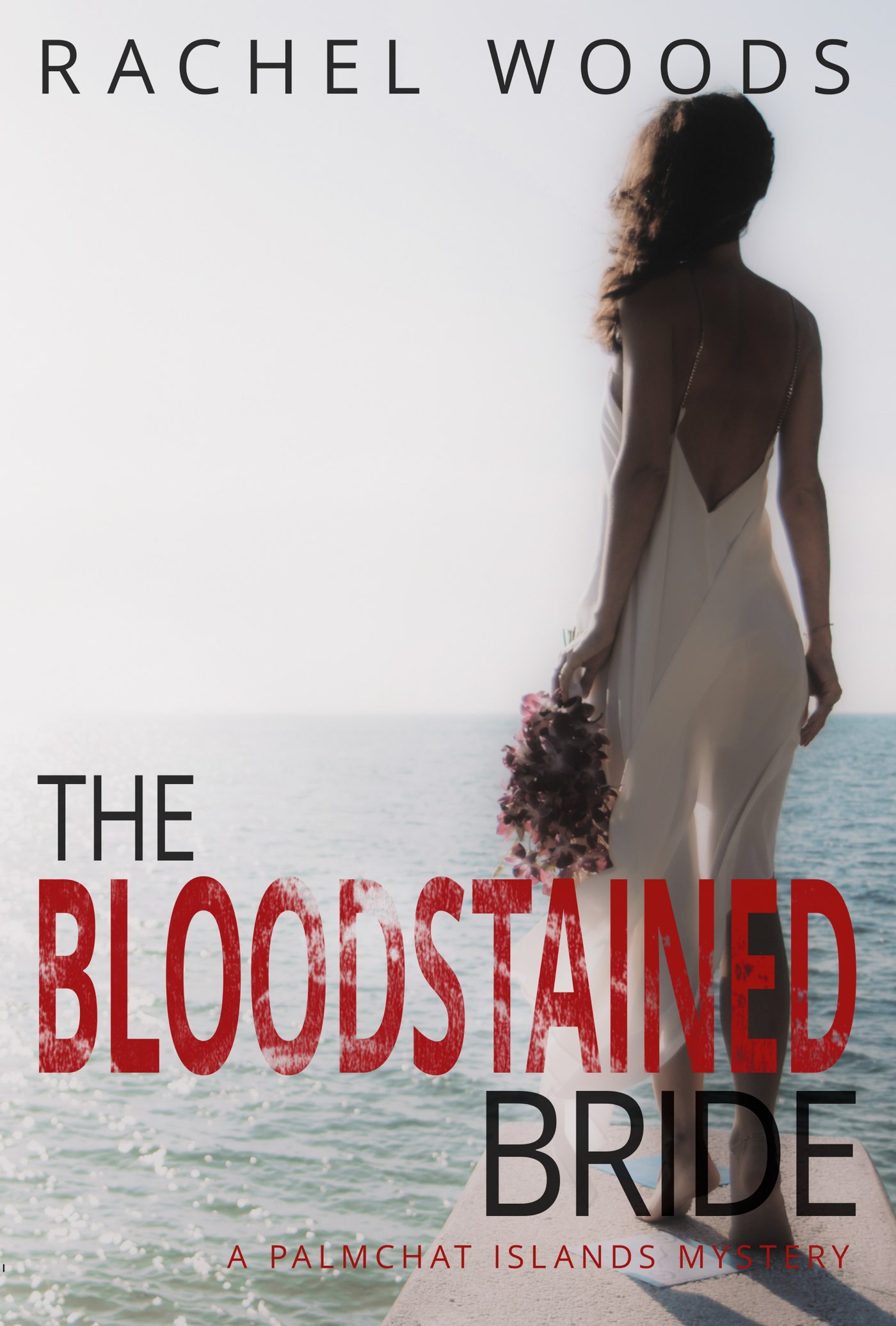 “I suppose,” conceded Leo, sounding as though he was reluctantly impressed. “If you like gorgeous sunset weddings in paradise.”

Vivian smiled as she stood, arm in arm, with her husband, at the beginning of the sandy path, strewn with thousands of white hibiscus petals, which headed to the altar, a stunning pergola constructed of eight-foot potted palm trees with wide fronds which formed a natural arch over the bride and groom.

Several feet in front of them, Tom and Kelsea walked in time to a Caribbean version of Pachelbel’s “Canon in D” performed by a local steel drum band. Barefoot, they traversed the aisle first, passing between the rows of wedding guests who sat on bamboo chairs decorated with hanging bougainvillea. She and Leo would head down the aisle next. Zeke—who’d agreed to take over the best man duties for Leo when Vivian had been asked to fill in for Winnie at the last minute—would follow them, escorting Melanie, the maid of honor.

“By the way, you look beautiful,” whispered Leo. “Ravishing, actually.”

“Like I could be ravished?” she asked, feeling the effects of his low timbre deep below her navel. “Or, like you want to ravish me?”

The feeling below her navel intensified. Her cheeks aflame, she glanced away from Leo’s salacious gaze. No use getting herself all hot and bothered when there was nothing they could do at the moment.  Looking to her left, at the guests sitting on the bride’s side, she focused on the well-dressed, well-heeled crowd and wondered if any of them would notice that Winnie Quasebarth was no longer in the wedding party.

After the brouhaha at the rehearsal dinner, Melanie came to the guest room where Vivian and Leo were staying with an urgent request. Her face blotchy from stress and tears, Melanie implored Vivian to take Winnie’s place as a bridesmaid at the wedding. Sympathetic toward Melanie’s distress at Besi’s plight, Vivian had agreed without reluctance, but she’d pointed out that she didn’t have a bridesmaid dress.

Melanie told her that the bridesmaid dress—a simple strapless dress made of silk and tulle—could be ordered and overnighted to the island in time for the wedding.

Vivian glanced toward the altar, where Tom and Kelsea had arrived and were taking their places. Recognizing their cue, Vivian nudged Leo, and they began their walk down the aisle. With the warm pink sand beneath her bare feet and the fading sunlight casting golden rays through the trees, Vivian couldn’t help but reflect on her own wedding.

She and Leo had been married on the beach, but the ceremony had been much more intimate. They’d decided to have a sunrise wedding, to signify the dawn of their new life together, and had invited a dozen close friends and family. Blessed with a gorgeous morning, their wedding had been magical and perfect—except for one thing.

Her best friend, Amal, had not been there to share Vivian’s special day.

Vivian had chosen not to dwell on Amal’s absence as she’d stood facing Leo, reciting her vows to him. She’d been overjoyed and yet the moment was bittersweet. Amal would have been so thrilled for her.

Clutching her bouquet, a tropical mix of baby elephant leaves and small sego palms surrounded by vibrant bird of paradise, Vivian separated from Leo when they reached the altar.

With the wedding party in place, the guests stood, and minutes later, Besi walked down the aisle.

Vivian couldn’t help feeling sad for Besi, having neither of her parents present on her wedding day.

Despite not having her father to walk her down the aisle, Besi was resplendent, beautiful and glowing in a dazzling gown featuring hand-sewn Swarovski crystals. Taking her place in front of her groom, Besi took his hands, and the ceremony began.

Following the minister’s sermonizing about the sanctity and gravity of marriage, there was a Scripture reading, and then the minister led Derek through his vows, which he echoed with pompous confidence and arrogant entitlement. Vivian caught Leo’s look of irritation and suppressed a laugh. Glancing away from her husband, fearing she might expel an ill-timed giggle, Vivian focused on the audience, surveying the wedding guests.

At once, she realized she didn’t see Derek’s parents in the audience. Vivian had never met the former Canadian Prime Minister, but she’d seen lots of photos and video of David Hennessy and had no doubt she would recognize him, and Derek’s mother, the glamorous former supermodel, Marcie Wallace. Why weren’t they at the wedding?

As she scanned the guests, Vivian’s gaze stopped on someone familiar.

Wearing dark sunglasses, a brunette woman, her hair pulled back in a tight chignon, perched on a chair on the very last row of the groom’s side of the aisle. Was that Besi’s good friend she’d met at the cocktail party six days ago? Vivian wasn’t exactly sure, but she thought so.

Once Derek finished saying his vows, the minister instructed Besi to repeat after him. “I, Bessemer Elizabeth Beaumont, take thee, Derek Fitzpatrick Hennessy…”

The minister continued with the vows, and keeping with his instructions, Besi repeated, “…to be my wedded husband … “

Vivian sneaked a glance at the man she’d taken as her wedded husband. Her breath caught when she saw that Leo was staring at her, his look conveying his love. Was he thinking of their wedding day, too? Did he remember how special and magical it had been? Their joining had been miraculous. At one point in her life, Vivian had doubted that she would ever marry. Leo’s aversion to marriage had torn them apart, but they’d found their way back to each other. Vivian vowed that nothing would ever split them apart again.

“To have and to hold from this day forward,” intoned the minister.

Vivian gave Leo a small smile, and he gave her a look that exposed his thoughts. Her husband was thinking of ravishing her, and suddenly, Vivian couldn’t wait. But, first, Besi would have to finish her vows. And then Derek would have to kiss his new bride.

“For better or for worse,” said the minister.

Following the pronouncement of Derek and Besi as man and wife, there would be the wedding processional, Vivian realized, and then photos of the wedding party. They would have to attend the reception, where Leo was scheduled to say a toast.

“For better or for worse,” said Besi.

The minister said, “For richer and for poorer…”

As Besi repeated the vows, Vivian decided to forget about being ravished for the time being.

The minister said, “In sickness and in health, to love, cherish, and to obey, till death us do part…”

Glancing out at the audience, Vivian listened as Besi echoed the vows, “In sickness and in health, to love, cherish, and to obey, till death …”

A loud gasp erupted, followed by exclamations of shock and horror.

Confused, Vivian turned back to the altar as a scream pierced the balmy air.

“Oh my God…” whispered Vivian, her hand pressed against her mouth as she stared at Besi, whose head was a pulpy, shattered mess of brain matter, scorched hair, and blood.