Once upon a time, I used to work in downtown Houston, a hustling, bustling mega-metropolis of glass-and-chrome skyscrapers soaring high into the sky, home to the corporate headquarters of oil and gas and energy powerhouses—Exxon, Chevron, Halliburton, etc., etc.

As a cog, raging against the machine (ha!), I often found solace away from the profit margin madness by escaping to the reflecting pool in front of Houston’s City Hall.

Around two in the afternoon, I would leave the frosty, over-air conditioned office complex and head out to the reflecting pool. Many of my lunch hours were spent there, reflecting on life, thinking, and relaxing… I’d like to say that sometimes, I was writing, but who am I kidding? Anyhoo …

I always believed the reflecting pool in front of Houston’s City Hall would be a great location for a scene in a book.

Initially, I tagged it for a chase scene—the pool is shallow enough to run through, after all! However, when I began thinking about a location for the fateful meeting of two of the main characters of Flawless Mistake, I decided I needed a location to symbolize the mood, which was the irony of devastating disappointment in the midst of a lovely, bright, sunshine-drenched pre-Spring day.

There was no better place than the reflecting pool.

Surrounded by green manicured lawns and colorful annual and perennials, you generally feel both serene, and suspicious, as you warily eye some vagrant, disheveled and disoriented, staggering through the flower beds.

It was the perfect location for a beautiful, desolate woman, plagued by her bad decisions, to have a chance encounter with a sexy stranger who appears to be understanding and sympathetic.

Check out the excerpt of chapter 1 of Flawless Mistake below to see how I used this location in the story. 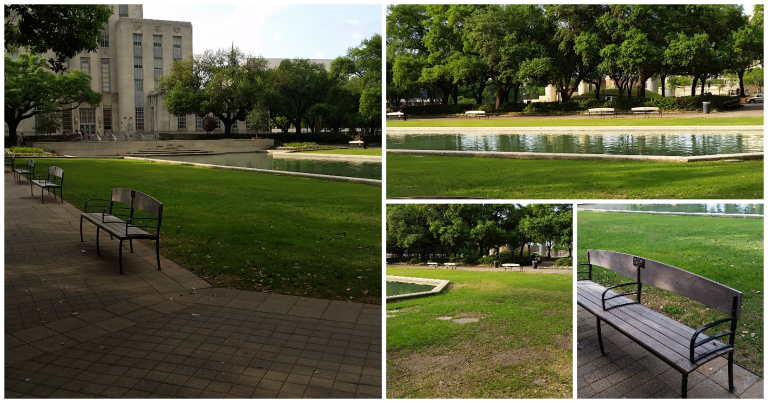 The day Spencer Edwards met Ben Chang had been bright and sunny, one of those beautiful spring days, with both a trace of lingering coolness from winter and a hint of the humidity that would soon blanket the city.
She remembered thinking it was too pretty a day to be so frustrated and sad. And yet there she was, sitting on a park bench in front of the reflecting pool at City Hall, trying to figure out how the hell she’d blown the job interview she’d had earlier that morning.
After her disastrous interview, she’d left the glass and chrome skyscraper and walked out into piercing sunshine, convinced that nothing good would ever happen to her, and she would have to continue manipulating and deceiving men to make ends meet.
Although, the phrase “manipulating and deceiving” was a bit rude, a little too real, too mercenary and shameful.
The preferred term was “dating,” according to her older half-sister, Desarae Bedard, who had designed the repugnant scheme after falling on hard times.
As explained by Rae, “dating” was a creative way to pay the bills, to put food on the table, and keep a roof over your head. Scamming dirty old men out of their luxury goods had been Rae’s “profession” for the past year and a half, and she’d pretty much mastered the art of it. She was serious enough about it that she’d created the “Dating Protocol,” a set of rules that had to be followed if you wanted to be successful at “dating.”
But, Spencer didn’t want to be successful at dating. She wanted a real job at a real company. She wanted a career. She was tired of “dating,” sick of smiling at geriatric perverts with rheumy eyes and gnarled hands.
Despite the horrific interview, she was still determined to break the cycle of “dating” and had been thinking about how she might do that when Ben sat next to her on the park bench and said hello. Not in the mood to talk to some strange guy, even if he was tall and good-looking, she’d mumbled a reply and contemplated moving to another bench.
“You okay?” he’d asked, his tone familiar, as if he knew her and was concerned.
“Not really,” she’d admitted, finding herself unable to lie to him, somehow wanting to believe maybe he did care and wasn’t just trying to hit on her.
“I didn’t think so,” he told her.
Sighing, she looked away for a moment and then back at him.
“You’ve been crying.” It was a statement, not a question, more like an observation as he stared at her.
“So what if I have?” Spencer challenged, wishing there was more venom in her tone. “What the hell would you care?”
“I might care more than you think,” he’d told her. “If you allow me to.”
His response was annoying, and yet alluring, and Spencer found herself interested. Maybe not necessarily in him or his fake sympathy, but definitely in those diamond cuff links and the Rolex.
Despite her natural instinct to protect herself and her feelings, Spencer was intrigued by him, and a little entranced by his Island lilt, so she didn’t turn him down when he asked her out to dinner.
She figured a good-looking Jamaican in a three-thousand dollar suit was a decent prospect for fleecing.
Continue reading … 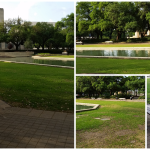 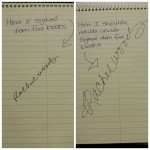 Do the Funky Chicken Scratch! 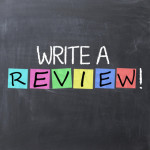 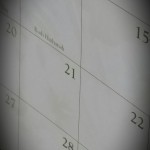 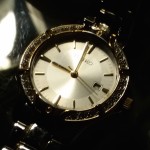